What You Need to Know about Jewish Cuisine in Italy

Geese are a dominant source of protein for Jews in the olden times. It is this fascination for fowl that has brought Jewish cuisine into other parts of the world, including Italy; in fact, records show that this famed bird is one of the favorites in the papal kitchen in Rome.

Just a quick review on our history, the Jews is a religious group, and more importantly, they are also a national group. Israel is the nation with the biggest population of Jews. It is home to 43% of the huge 14.3 million Jewish population all over the world.

What is special about Jewish cuisine?

Do you know the bagel with cream cheese and lox is strongly associated to American- Jewish cuisine? 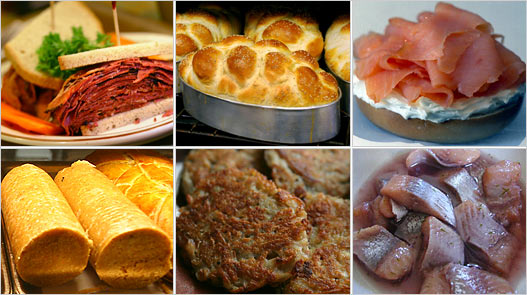 Jewish cuisine is an interesting mix of diversity influenced by their religion’s dietary restrictions, their festivals and their Sabbath traditions. And with the migration of Jewish people to other parts of the world, their cuisines have also been inspired by other culinary traditions and the economics of their locality.

Kashrut is the Jewish laws restricting their diet. Ordinarily, the word “kosher” appears on food items that pass Kashrut laws. The word “kosher” means “proper” referring to the process involved in the preparation of the food which is in accordance with Jewish laws.

Jews may not consume pork or shellfish. When preparing or eating food, meat and dairy are to be kept away from each other. In the preparation of meat items, there is a ritual to be followed in the slaughter, and it is to be salted to totally remove traces of blood.

The traditional Jewish meal starts with pickled food used as appetizers. There is then a main meal which ends with dessert.  Titbits (parperet) is eaten before and after the meal. Wine or beer is very important to a meal. They have a saying, “eating without drinking means suicide.”

If you are in Rome, you have to stop by the Jewish Ghetto. It is a community of Jews, intended to keep them confined in their area, but their culture and their food had influenced all other communities around it. Their menu is what is referred to as ‘cucina povera’, which literally means ‘poor cuisine’. In the earlier days, the gates of the Jewish Ghetto were closed at sundown. There was little resources to work with so dishes were made using meat scraps. They used mozzarella, zucchini and small finger fishes from the river. These were fried, but are not greasy and are actually light and crispy.

In the more recent times, these classics may still be found in Rome’s Jewish Ghetto, but already updated to include Mediterranean food like hummus, falafel and couscous. Tourists and locals alike enjoy the good food and ambience of this distinct community. Here are some basic information you can use:

Modern Jewish food influenced by the basics of Jewish cuisine and the artistry of Italian cooking is now very famous all over the world. Jewish-Italian cooking, as it is referred to, has found a niche of its own. Here are some must-try items:

The heart of Jewish cuisine in Italy or in any other place in the world is the simple ingredients it uses. It speaks of the struggles of this religious group, and their nation in general. It also speaks of their committed adherence to diet restrictions according to their laws. But do not be fooled by the simplicity, because it takes twice as much creativity, and the results are gastronomically amazing.